“The secret of change is to focus all of your energy not on fighting the old but on building the new.”
— Socrates

Johnston-Sequoia Capital Corporation (“Johnston-Sequoia”) is a privately held venture capital and buy-side advisory firm.  The company was founded in 2008 by Matt Johnston.

Mr. Johnston assisted in the development of Terraco Gold Corp. in its transition from grass roots green fields exploration in 2008 to acquiring Western Standard Metals in a CAD$64,000,000 merger in 2010, to the acquisition of the suite of Spring Valley Gold Royalties 2011-2016 (5,000,000 oz gold deposit in Nevada), to its ultimate acquisition by Sailfish Royalty Corp. in August 2019.

Specialties: Johnston-Sequoia is engaged in the business of assisting nano-cap corporations with institutional targeting, market intelligence, buy-side advisory & venture capital. The model is tailored specifically to companies with: 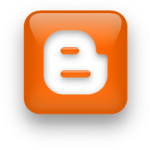 We believe that the approach to growing a company from an mere idea to a tremendous success and lasting legacy lies in the collective strength of the group.  To visualize this concept, imagine the path of a giant sequoia.  These colossal giants of the forest can grow to a height of nearly 300 feet including a circumference of more than 60 feet. Sequoia’s live for over 3,000 years and can even resist fire. The foundation of their strength is based on the fact that their roots intertwine with other sequoias, providing mutual strength and shared resources.  In essence, this concept is the core of our business model.

“Be loyal, under promise and over deliver, surround yourself with people smarter than you”   — David Zinczenko 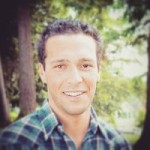